Dollars are U.S. unless stated otherwise.

The first World Bank Doing Business Report to fully reflect the changes introduced after an independent review that threatened to emasculate it has now appeared as of 27 October 2015.

How much has it improved?

Not much, in the eyes of development-minded critics like myself.

Here, belatedly, is my take on its 13th edition.

The Foreword signed by Kaushik Basu, Chief Economist at the Bank, notes: "Data are collected on the regulation of labour markets but these are not part of the overall ranking."

i.e. labour conditions are still off the table.

However, it does rate paid sick leave, on-the-job training and unemployment insurance for workers in its job-quality indicators.

So how about environmental regulation -- another glaring omission from the analysis (especially since development countries accuse industrial nations of using environmental standards as part of the new protectionism)?

What kind of environment?

Searching the Report for anything but the business or regulatory environment will turn up very little.

"Only procedures required of all businesses are covered. Industry-specific procedures are excluded. For example, procedures to comply with environmental regulations are included only when they apply to all businesses conducting general commercial or industrial activities. Procedures that the company undergoes to connect to electricity, water, gas and waste disposal services are not included in the starting a business indicators." (124)

If you want to gauge the report's media impact try looking in Google News for World Bank Doing Business 2016. Don't expect anything on the first two pages of results. Even CounterPunch's "The Evil Empire has the World in a Death Grip: Western banks backed up by the World Bank are even worse looters" comes up first. But maybe that tells you more about Google than the Report's effect, particularly with policy- and law-makers. It was easier to find articles about it in national sites of developing countries.

The rankings survive, but why?

The rankings are still there, despite Russia Today's claims in 2013 that China, with some other middle-income countries, put pressure on World Bank President Jim Yong Kim to eliminate rankings.

Singapore and New Zealand were again tops. Lithuania and Macedonia entered the top 20 for the first time, bumping down Switzerland (26) and Georgia (24)(pp4-5).

The World Bank media summary noted that Costa Rica, Uganda, Kenya, Cyprus, Mauritania, Uzbekistan, Kazakhstan, Jamaica, Senegal and Benin improved the most in 2014/2015 in areas tracked by Doing Business. "Together, these 10 top improvers implemented 39 regulatory reforms making it easier to do business."

Who came bottom of the 189 countries in the listing? Libya and Eritrea (no surprises).

The rankings are probably just too media-friendly to ditch.

You might find it easier to use the World Bank website for detailed examination of national rankings under the 11 subheadings.

China, for example, is 84th but 7th in enforcing contracts and 176th in handling construction permits. Russia ranks 51st but 170th in trading across borders.

Among the sick children of Europe, Greece is 60th (144th in registering property), but Luxembourg is 61st (167th in businesses getting credit). Luxembourg, by the way, is the home of the boss of the European Union's bureaucracy and a former Prime Minister.

Switzerland ranks 105th in protecting minority investors, and Germany 107th for ease of starting a business.

Spoiler alert: the World Bank website doesn't make it easy to find out exactly what subhead the ranking is part of. It could give you 'frozen' titles that move with you down the page as you investigate the country that interests you. It doesn't.

So how much real use is the Doing Business Report and what is its validity? 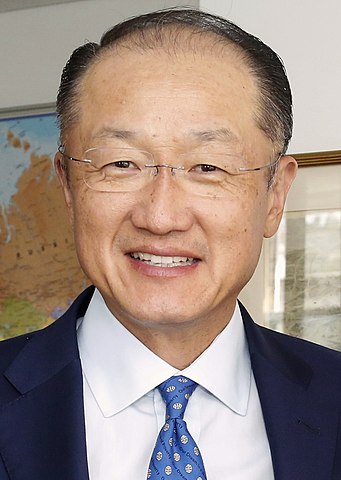 Even under the ex-Harvard Medical School anthropologist nominated by President Obama in 2012, the World Bank moves through the global economy like an uncontrollable juggernaut. Its standard operating procedure is to apologize continually for the damage it does but adamantly still ride roughshod over sensitive terrain and people's lives.

So it says: "The report does not attempt to capture a number of dimensions of macroeconomic stability, the prevalence of corruption, antitrust policies or the skills of the workforce, important as all these factors are for establishing a foundation for sustainable economic development."

So it is hardly a true picture of doing business across the world, right?

The Bank still argues that it offers "standardized case scenarios with wellspecified assumptions" as "a starting point for identifying necessary reforms."

You may have doubts about the point of reforms that leave Luxembourg in 61st place while Macedonia and Lithuania are in the top 20. Where would you rather do business?

Iran ranks at 118, above Barbados, Argentina or Lebanon. But "Europe's big banks remain wary of doing business with Iran," reported the U.K.'s Guardian in January.

Not feasible for all economies

The World Bank's top economist says: "It is not feasible to design a case study that will be an equally good fit for all the world's economies. Because the report aims to have a global coverage, the choice of indicators is partly constrained by the data that can realistically be collected in some of the least developed economies of the world."

"The trading across borders indicators, for example, capture the time and cost for document preparation and compliance with border procedures to export and import goods; they do not measure the costs associated with international transport or tariff and nontariff barriers."

In these circumstances there's little sense in ranking countries, you might think. Nevertheless the Bank applies its admittedly faulty assessments (it only does regional studies in 11 nations) and draws conclusions from them, such as:

"The best 30 performers are not those with little regulation but those with good rules that allow efficient and transparent functioning of businesses and markets while protecting the public interest.

"Economies that rank high on Doing Business indicators tend to perform well in other international data sets, such as the Global Competitiveness Index and Transparency International's Corruption Perceptions Index."

If you didn't examine the caveats, you might think the Report is telling you something useful rather than covering its ass while offering you statements that are purely factitious.

There are some details worth recording: "In 2003 it took an average of 51 days worldwide to start a business; by 2015 this number had been more than halved, to 20 days."

And: "Analysis of the Doing Business data for the past 12 years shows encouraging signs of convergence toward best practices."

I think it makes more sense to rate countries on the number of reforms they have instituted against a possible total, rather than rank themselves against each other.

That is, maybe Switzerland should be give 26% for its minority shareholder protections as against China's 85% for its contract guarantees, or rate countries by the number of reforms in each sector.

You could still rank them. But what would be the point -- unless investors see countries in competition with each other for their attractiveness to businesses (see the World Economic Forum's Global Competitiveness Report). And that would still represent a small part of global business activity.

Paul Krugman has written definitively about treating nations as if they are competing economically with each other to achieve development. They are, he reminded us, only competing with themselves.

Time for assessment of results

Maybe it is about time for a real assessment of how much the reforms have done to actually improve the economies of countries. In fact, it usually just gathers info from the nation's largest city.

You'd need to have a report that covers more than the major cities of the countries you are studying, and the labour conditions for workers who are getting the extra jobs.

Probably it is not "feasible", to use the World Bank's pseudo-academic terminology.

World Bank news release: "More than 60% of World's Economies Improved their Business Rules in Past Year"